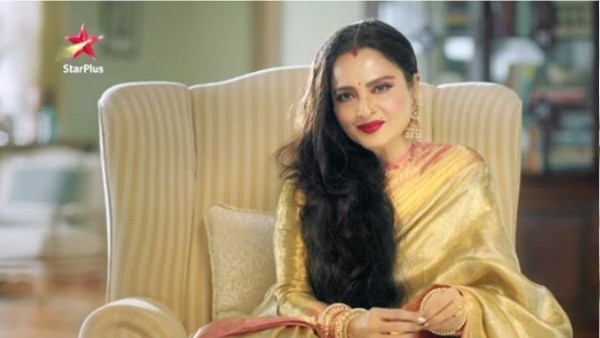 A new promo of Star Plus popular show Gum Hai Kisi Ke Pyaar Mein is out. In which beautiful lines are visible. A new twist in this show of Neil Bhatt and Ayesha Singh is going to be seen by the fans. Which is telling that there is still a more difficult test left. Gum Hai Kisi Ke Pyaar Mein has been one of the most popular television shows till date. Ever since Rekha ji shot her first promo for this serial, the curiosity about the show has increased manifold.

After this, fans are eagerly waiting to see her back on the television screen. Incidentally, the makers of the show decided to cherish the moment and surprise their fans with the latest promo! And who is the timeless beauty other than Rekha ji who can do justice to an interesting promo with her poise and perfect portrayal of emotions!

You can’t take your eyes off this promo. After hearing the life story of Sai and Virat in the melodious voice of Rekha ji, we can’t wait to see what happens next! Will Sai and Virat realize their love for each other or will the new twist in the show turn them away? Watch Ghoom Hai Kisise Pyaar Mein at 8 PM only on Star Plus!