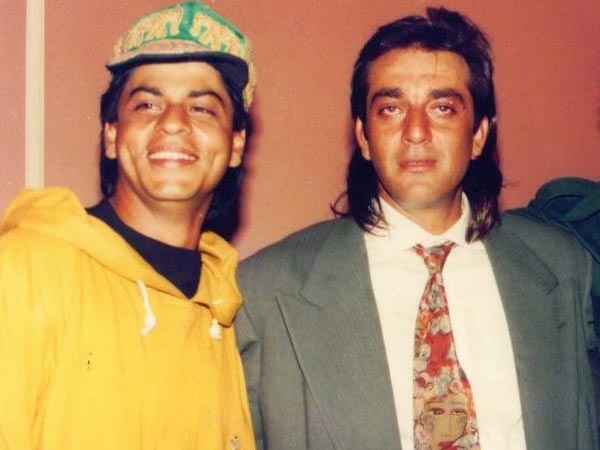 I was leaving Mumbai after the fight, Sanju said, no one can touch you – Shahrukh Khan

However, remembering this story, Sanjay Dutt described Shahrukh Khan’s nobility. He said, I do not remember that story that much but yes, Shah Rukh was new then and I went there, to him. I told Shahrukh that if you want anything in life, I will be with you.

In this episode of Kaun Banega Crorepati, Sanjay Dutt could not stop praising Shahrukh Khan. They said that. One thing which is very beautiful in Shahrukh is that he has not forgotten this thing till date. Although I had not done any such thing. There was no need.

keep what you want

Sanjay Dutt also made Shah Rukh Khan realize that he is not alone. Sanjay Dutt told him, “Keep whatever you want. You want my car, keep it. You are not alone, I am. I am your family, I am your brother.” And this affinity of Sanjay Dutt made Shahrukh Khan his admirer.

The closest of the three Khans

Sanjay Dutt further said, till today Shah Rukh remembers that story. He respects me a lot and does not forget this feeling and does not let me forget what I did for him. It is worth noting that in an interview, Sanjay Dutt had also told that Shahrukh Khan is his closest among the three Khans.

Interestingly, Shah Rukh Khan, Sanjay Dutt and Jackie Shroff were the original star cast of Subhash Ghai’s Trimurti. Sanjay Dutt had started shooting for the film but in the meantime he was sentenced to jail. After which Sanjay Dutt had to be replaced from the film. Otherwise Trimurti would have been the first film of Sanjay Dutt and Shahrukh Khan.

Supported after the allegations of Bombay Bomb Blast

When Sanjay Dutt was branded as a terrorist after the 1993 Bombay bomb blasts, the entire industry stood by him. Film stars then demonstrated against his arrest with posters of Sanjay Dutt and took to the streets. Shahrukh Khan was also included in these stars. This picture is from the same period when the stars who affectionately called Sanjay Dutt as Sanju came out in protest on the road with the poster printed with the same name.

In Shahrukh Khan’s film Om Shanti Om, Sanjay Dutt was seen dancing with Salman Khan, Saif Ali Khan and Shahrukh Khan in a very spectacular song of the film. There was a gathering of stars in this song named Deewangi. Now for the first time Shahrukh Khan and Sanjay Dutt will be seen together in Rakhi. The audience is eagerly waiting for the official announcement of this film.

READ ALSO -   From Akshay Kumar to Salman Khan, Katrina Kaif's pair was a hit – there was talk of personal chemistry too