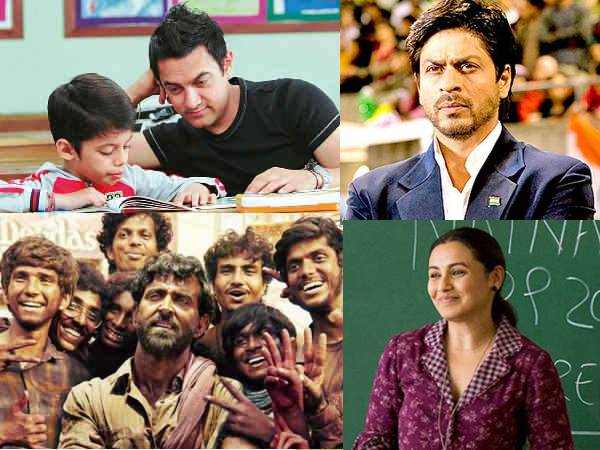 How a teacher stands by his student even in difficult times and supports him firmly in his struggle .. This was taught by Aamir Khan in the film ‘Taare Zameen Par’.

It is the teacher who instills in the student the urge to win. In the film ‘Chak De India’, the passion that Shahrukh Khan instilled in the players in the role of hockey coach, its effect was visible beyond the film as well.

A teacher rises from all the illusions of life and thinks only about the progress of his students. Thinks about a better society. Hrithik saw some such teachers in Super 30.

Along with her struggle, Naina Mathur taught to fight and win with the struggle of her students. Rani Mukerji did a powerful performance in the film Hichki.

How a teacher connects a student’s dream to himself.. This is shown by the character of Naseeruddin Shah in Iqbal.

The character of Amitabh Bachchan has been shown very strong in the film Aarakshan. This is a good film on the importance of education in the midst of the caste system.

It is said that a mother is the first teaser of her children. Something similar was seen in the character of Swara Bhaskar in the film Nil Battey Sannata. Who joins school with her daughter to complete her studies.