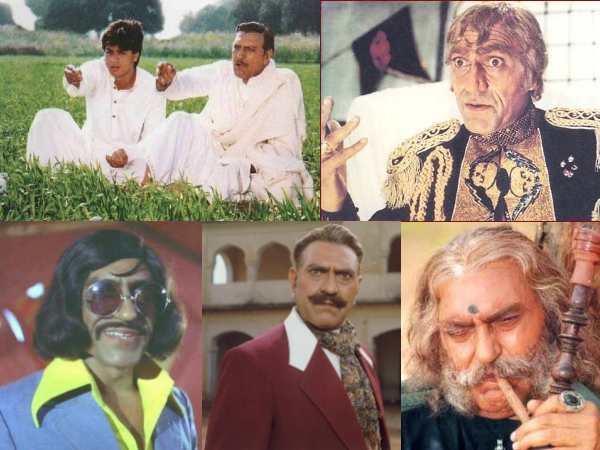 From the most dangerous strong villain to the most popular father, whose eyes used to stun the audience

In the initial days in Mumbai, he used to work in a bank. During this time he met Urmila Diwekar, who later became his wife.

After doing theater continuously, Amrish Puri started his film career with Prem Pujari in the year 1971. He had a small role in this film.

His journey in the 1980s proved to be quite memorable. Throughout this decade, he left his mark in many big films as a villain.. such as Naseeb, Vidhata, Coolie, Hero, Meri Jung, Nagina, Mr India..

A child probably knows how popular the role of Mogambo was in 1987 Shekhar Kapur’s Mr India. Amrish Puri’s dialogue ‘Mogambo Khush Hua’ in this film became so popular that this dialogue made him a star overnight.

some positive, some negative

In the 1990s, he won hearts with his roles in Ek Ori Dilwale Dulhania Le Jayenge, Ghayal and Virasat. At the same time, in the role of Raja Saheb in Koyla, once again he created panic by becoming a villain.

Work done in many languages

Amrish Puri’s demand in Hindi cinema was so much that there came a time when he became the most expensive villain of Hindi films. It is said that he used to charge up to one crore rupees for a film.

people come to the theater to see me

Regarding his fees, the actor had said in an interview – When I do not compromise on my acting then why should I take less fees. The producer is getting money from his distributors because I am in the film. People come to the theater to see me acting. Then am I not entitled to higher fees?

Was away from alcohol in personal life

The special thing is that in films, Amrish Puri was shown many times drunk and drunk, but in real life he used to stay away from alcohol.

Amrish Puri has worked in many films of Subhash Ghai – Ram Lakhan, Pardes, Yaadein, Taal, Meri Jung, Hero .. Even the last film of the actor remained with Subhash Ghai – Kisna..