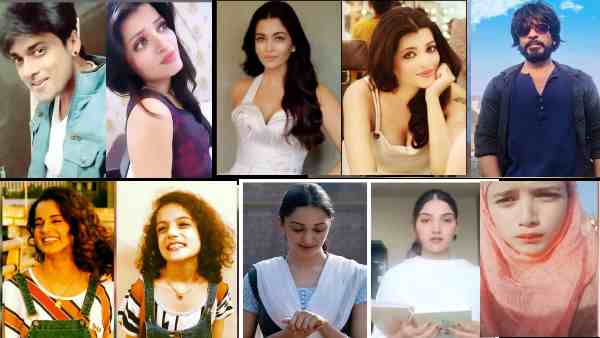 A lookalike of Shahrukh Khan has created a buzz. This person named Ibrahim Qadri has become a star on Instagram at the moment and he is getting quadruple followers day and night. The reason is that Ibrahim looks like Shahrukh Khan from many profiles. At the same time, Ibrahim has also shared many videos on his profile while lip syncing on the songs of Shahrukh Khan.

Alia’s lookalike Shanaya made a tik tok video of Alia’s Gully Boy video Dhop Dungi dialogue on her Instagram account which became quite viral and since then Shanaya became famous. The reason is that not only her face but also her gestures are similar to Alia’s.

These lookalikes of Ranbir Kapoor match him so much that for the first time people were shocked to see him. The name of this lookalike of Ranbir was Junaid Shah who died in 2020 due to a heart attack. Junaid was a resident of Kashmir.

This lookalike of Priyanka Chopra had recently become quite viral on the internet. Do the two look like twin sisters and if you don’t look carefully, no one can tell who Priyanka is.

This lookalike of Ranveer Singh is a Pakistani college student and people often surround him as Ranveer Singh.

John Abraham has already met his lookalike. At first, seeing this picture, everyone thought that he was John’s younger brother.

Sonakshi Sinha’s lookalike had started getting offers for films because she seems to be sleeping exactly from certain angles.

These lookalikes of Salman Khan have become so popular that in a scene of Bajrangi Bhaijaan, he also got the role of Salman Khan’s youth.

This little look of Kangana Ranaut has made Kangana Ranaut herself happy. Her age is only 10 – 11 years and her account on Instagram is in the name of little Kangana, on which she will be seen constantly recreating Kangana’s songs and scenes.

With the identity of Katrina Kaif’s lookalike, Salman Khan himself launched Zareen Khan in the film Veer. Zareen says that this identity did not benefit her and she was at a loss.

A girl named Kalpana Sharma on Tiktok is a lookalike of Kiara Advani. Till now Kalpana has shared many videos and pictures and her video fans are very much liked.

Salman Khan himself brought Aishwarya Rai’s lookalike. Whoever saw Sneha Ullal for the first time was just watching. Sneha Ullal made her Bollywood debut with Lucky: No Time For Love.