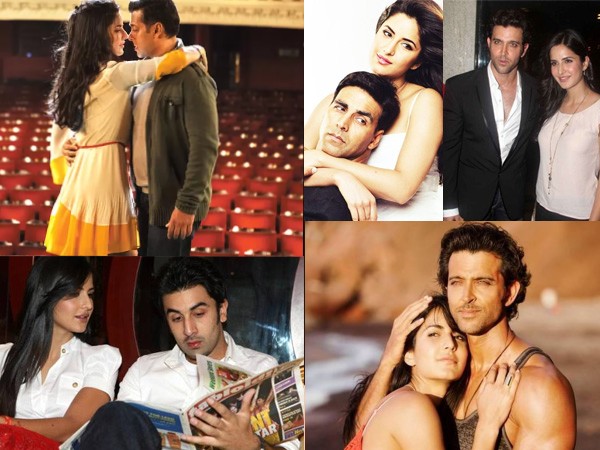 From Akshay Kumar to Salman Khan, Katrina Kaif’s pair was a hit – there was talk of personal chemistry too

Katrina Kaif made her debut in the year 2003 with the film ‘Boom’. There were many stars in this film including Jackie Shroff to Gulshan Grover. But this film could not be successful and Katrina’s first film flopped. Katrina’s debut may have flopped, but Katrina did not give up here, she started doing South films too. After this, Katrina returned to Bollywood in the year 2005 with Maine Pyaar Kyun Kiya and proved to be a hit.

Katrina Kaif received a nomination for the Filmfare Best Actress for the 2009 film New York. However, she missed out on the award. The film was directed by Kabir Singh in which many stars including John Abraham, Neil Nitin Mukesh and Irrfan Khan were seen. The film got the title of a hit.

Katrina Kaif, who started her career with the film ‘Boom’, is one of the highest-paid actresses of Bollywood in today’s time. Which is working with all the big stars from Akshay Kumar and is waving its wings at the box office. Watch Katrina Kaif’s best onscreen jodi.

Katrina Kaif is also called the action queen of Bollywood. Who showed strong action in many films including Bang Bang, Ek Tha Tiger, Tiger Zinda Hai. He is adept at doing great action and fight scenes.

In 2004, the next year after Boom flopped, Katrina Kaif appeared in a film called Maliswari. Venkatesh appeared in this film which was directed by K Vijay Bhaskar. This film proved to be a hit at the box office.

Katrina Kaif got fame in Bollywood with the film ‘Pyaar Kyun Kiya’ in the year 2005. It was a romantic film in which Salman Khan, Sushmita Sen, Katrina Kaif and Sohail Khan were seen. At the same time, Arshad Varani, Bina Kirk, Rajpal Yadav and Isha Kopilkar were also in supporting roles. Salman Khan is considered an important link in Katrina’s career.
Since doing her first film with Salman in the year 2005, she has done many films with Dabang Khan till date. Soon she will also be seen in Tiger 3. There are many movies like Tiger Zinda Hai, Ek Tha Tiger, Yuvraj to Partner. At the same time, there has always been a strong rumor about both that the love affair between Salman Khan and Katrina Kaif was also going on. It is said that due to the anger of Salman Khan, Katrina did not allow it to progress in personal life.

In the year 2007, the audience got to see the pair with Akshay Kumar on screen. This movie was Namastey London. Which is one of the super hit movies. Which was directed by Vipul Shah. This was the first film of Akshay Kumar and Katrina Kaif. Apart from him, many stars including Rishi Kapoor, Javed Sheikh, Upen Patel were seen in the film. After this film, Akshay Kumar and Katrina Kaif did many films together including Sing is King, De Dana Dan, Humko Deewana Kar Gaye. Soon the Suryavanshi of both will also knock.

Katrina was seen in Zindagi Na Milegi Dobara with Hrithik Roshan. After this, Hrithik Roshan and Katrina Kaif were seen romancing in the action film Bang Bang directed by Siddharth Anand.

Katrina Kaif all three Khans have worked together

Katrina Kaif has achieved the distinction of working with all the three Khans. Apart from Salman Khan, she has worked in Jab Tak Hai Jaan with Shah Rukh Khan and Thugs of Hindostan with Aamir Khan.

Nowadays Katrina Kaif’s name is being linked with Vicky Kaushal. There is a buzz that Katrina and Vicky are dating each other. Both have also been spotted together many times. Although both of them have never clarified about this secret romance nor have they stamped the relationship.