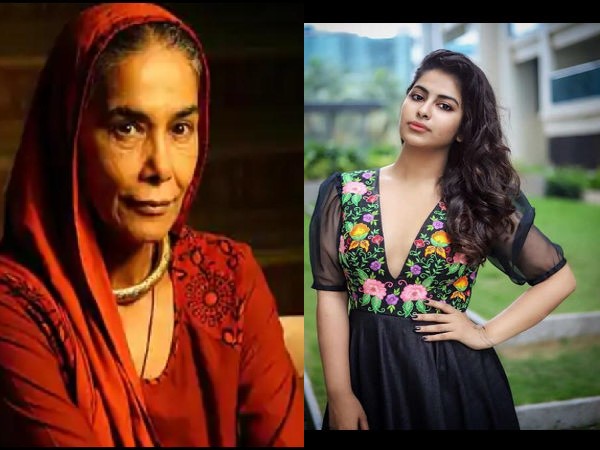 EXCLUSIVE: ‘Balika Vadhu’ Avika Gaur saddened by the death of Surekha Sikri – my guru passed away

Surekha Sikri’s success and popularity can be gauged from the fact that she has won the National Award 3 times. The corona pandemic brought trouble for them too. According to the report, Surekha Sikri was admitted to the hospital last year after suffering a brain stroke. But then she recovered and came home. In such a situation, hearing the news of his death, Avika Gaur once again reminisces the sets of her debut show Balika Vadhu.

Surekha Sikri has given the biggest lesson – Avika Gaur

Avika Gaur said that Surekha Sikri on the sets never let me feel that I am working with such an experienced person. She was always on the sets with a smooth demeanor. He has helped me a lot to grow as an artiste.

Surekha Sikri an inspiration for us – Avika Gor

Avika Gaur further says that I have learned from her that every day, every work, every character needs you hundred percent. I have seen his work very closely. She was very hardworking. This is where the inspiration came for me.

Describing Surekha Sikri as her mentor, Avika Gaur said that I am deeply saddened by the news of her demise. Surekha Sikri is one of the greatest actors of Indian cinema. Surekha Sikri has been a veteran artist. She has inspired generations of actresses and actors, all actors. Indian cinema will always remember him. Suresha Sikri was the inspiration. He has left a mark with his art.