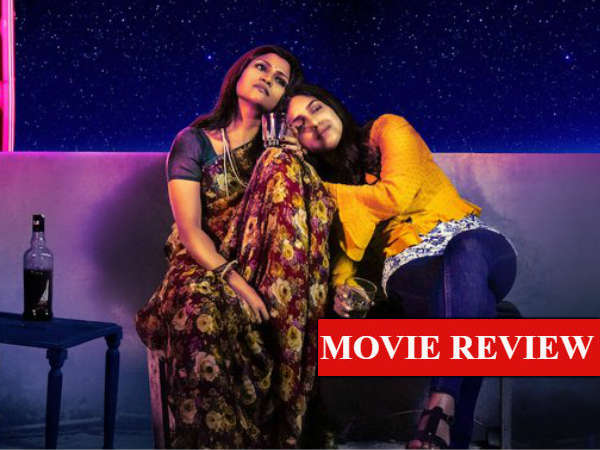 Dolly and Kajal, two cousins ​​of Darbhanga (Bihar) are living in Greater Noida. Dolly (Konkona Sen Sharma) is busy with her married life. Apart from taking care of a working husband and two kids, she does a job herself, but according to society, she is ‘just a hobby’. At the same time, younger sister Kajal (Bhumi Pednekar) is looking for a job. You are warned from the very first scene on how powerful his intentions are. Due to the wrong actions of brother-in-law, Kajal leaves her sister’s house and stays in the hostel. Also he gets a job in the call center of a ‘romance chat’ company. But where is the life of both the sisters so straight?

Unhappy in married life, Dolly is going through sexual tension with her husband (Aamir Bashir). Her husband has told her things like “you are lacking” so many times that she is going to accept him as the truth. Here Kajal has become a kitty in the call center and is selling romance. Along with work, he finds love in his client Pradeep (Vikrant Massey). But in the midst of all this, they keep on feeling right and wrong. By breaking the chains made by the society, both the sisters like to give priority to their desire and happiness. From one point of view, this story is neither masculine or feminist, it is a story of showing courage to accept yourself.

“Amit ji wants to have sex with us”, Kajal clearly tells her sister that her husband has touched her with bad intentions. But Dolly brushes it off with a laugh that she misunderstands their ‘protective behaviour’. Director Alankrita Srivastava has once again brought to the fore the pretense of a happy married life in India. After a bold film like ‘Lipstick Under My Burkha’, here too she has tried to show a different end to femininity. However, due to the inclusion of many aspects in the same story, the attention gets distracted. But having such a great artist has been beneficial for him.

Instead of making noise of women empowerment, it would be more accurate if this film is linked to personal acceptance. There is no sloppiness in the film. Men are not forced to be shown small in the guise of being feminist. Alankrita Srivastava, who is also the writer of this film, once again depicts the women firmly facing the society bound by the chains of prejudice.

The cast of the film is its strong side. Konkona Sen Sharma and Bhumi Pednekar have looked very strong in their characters. Their fun, mischief, crying, laughing, wanting, wishing, fear, courage… every emotion reaches the heart. Both the actresses look strong. His innocence is good. The director has given Konkona full chance in the role of Dolly. A wife, mother, girlfriend, daughter, sister, employee.. Dolly is associated with every relationship. At the same time, both were part of the life of the sisters.. Amol Parashar, Vikrant Massey, Aamir Bashir have looked perfect in their characters. While the character of Karan Kundrra, Kubbra Sait seems to have been duped.

Arti Bajaj deserves appreciation for the excellent editing. In just 2 hours, he has covered many aspects of Dolly and Kitty’s life. The film does not bore. However, the climax seems to be settled quite quickly.

The screenplay of the film has been written by the director Alankrita Srivastava himself. But there seems to be a slight lack of stagnation here. The story could have emotionally attached the audience to the characters even more. Various episodes seem to have been discarded in a hurry, such as Dolly’s relationship with her mother, Dolly’s son Pappu’s unease about his gender, the vandalism of the Yoni monument by goons. It could have proved more effective with a tighter script. The songs of the film come and go, but are not remembered.

The film can be seen for the different shades of femininity and the tremendous performance of Bhumi Pednekar- Konkona Sen Sharma. 3 stars from Filmbeat for “Dolly Kitty Aur Woh Chamakte Sitare”.