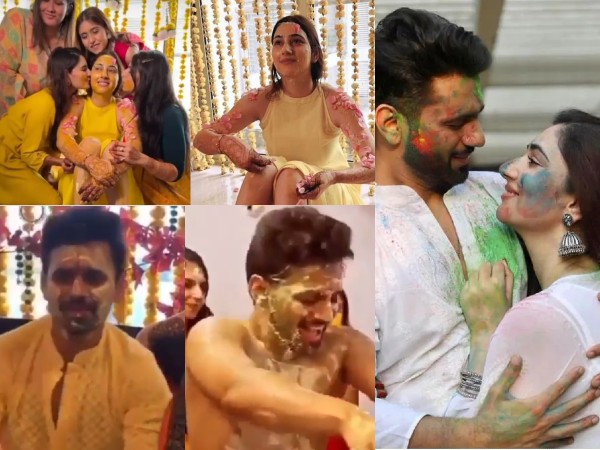 Family and friends are all seen dancing in the function of Haldi. On the other hand, the smile on the faces of Rahul Vaidya and Disha Parmar can be understood how happy both are. Due to Corona, both of them have also kept the function of healthy very simple. So that pandemic rules can be followed. Fewer guests have also been called due to Corona.

In a recent interview, Rahul had told that it is very difficult to get married in Corona. Keeping fewer people in mind, calling and then preparing all this proved to be very difficult.

Now the fans are eagerly waiting to see the bridal look of Rahul Vaidya’s Dulhania Disha Parmar. Fans like this pair of both very much. Fans have given a lot of love to both of them.

Let us tell you that after Bigg Boss 14, Rahul Vaidya also participated in Rohit Shetty’s show Khatron Ke Khiladi. He became very popular with Bigg Boss. Let us show you the photo video of Haldi Ceremony of Rahul Vaidya and Disha Parmar.