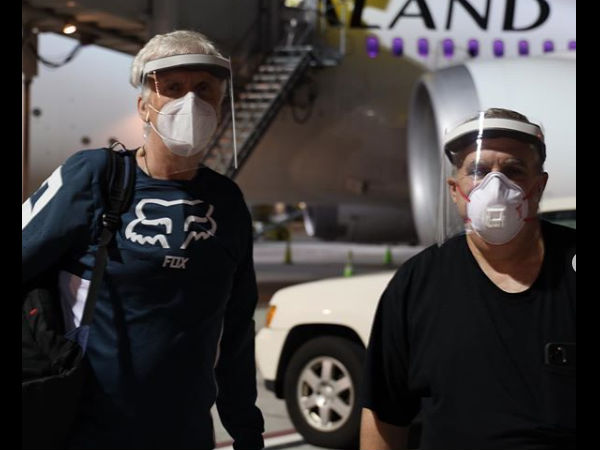 Let us tell you, about 1500 cases of corona have been reported in New Zealand, out of which 22 people have died. There, after a strict lockdown for a few days.. now the lockdown has been abolished and normal life is going on.

In such a situation, the arrival of the entire team of Avatar in the country can prove to be a threat, about which some people have protested. Although the team of the film is following all the rules.

James Cameron’s film ‘Avatar’, released in 2009, was established as the world’s number one highest-grossing film for ten years. The film grossed $2.78 billion worldwide. Whose record was broken by Avengers Endgame. Let me tell you, now the director is preparing for the sequel of this film.

‘Avatar 2’ and ‘Avatar 3’ were being shot in New Zealand. But the shooting was stopped due to Corona. Which is now going to be restarted. According to the director, the film will release according to its schedule. At the same time, ‘Avatar 4’ and ‘Avatar 5’ are currently in the writing stage.

Director wants to shoot on time

During a recent interview, Cameron had said, ‘I want to work on Avatar again. As of now, permission is not available as per the rules. So everything is on hold. The shooting was to take place in New Zealand but everything got put on hold. We are trying to start work as soon as possible. The good thing is that New Zealand has got a lot of control over Corona and they are aiming to end it.