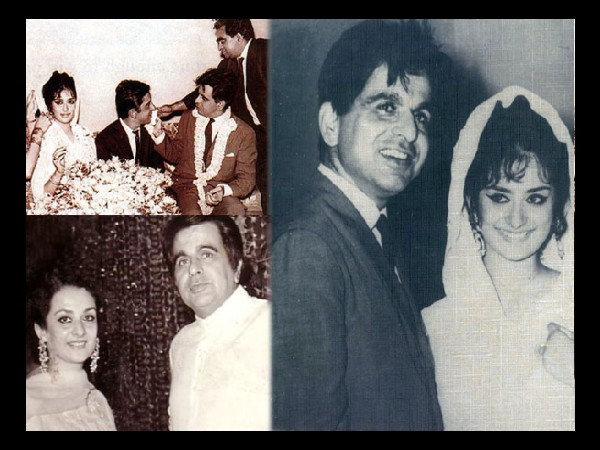 ‘Dilip Sahab is the gift of Kainaat to me’ – Saira Banu, such a love story became an example, see photo

In love with Dilip Kumar since the age of 12

Saira Banu wanted to marry Dilip Kumar since the age of 12. She came to Bollywood with this dream. Dilip Kumar did not show any interest in Saira Banu.

Saira Banu expressed her love many times in front of Dilip Kumar. On this Dilip sahib would say that look at my gray hair. Saira Banu always keep the doors of your heart open for Dilip Sahab.

Dilip Kumar had reached Saira Banu’s house anniversary party on 23 August 1966. Since then, the process of meeting and talking between the two started.

During an interview, Saira Banu had told that when Dilip Kumar smiled seeing her and called her beautiful, her happiness knew no bounds. She had started to understand in her mind that she would become his wife.

Saira Banu and Dilip Kumar got married on 11 October 1966. It was also said that their relationship would break soon. But see Saira Banu loved Dilip Kumar like a child till the last moment. Took care of them.

Saira Banu said Dilip sahib is a gift for me

After some time Dilip Kumar suffered from Alzheimer’s. Saira Banu had said for Dilip Kumar that he had received a gift from Kainaat. It is said that Saira Banu was also pregnant. But she had a miscarriage.

Dilip Kumar and Saira Banu also worked together in many films like Duniya, Bairag, Gopi, Sagina. There is no hesitation in saying that the pair of Saira Banu and Dilip Kumar is and will remain an example for the world.