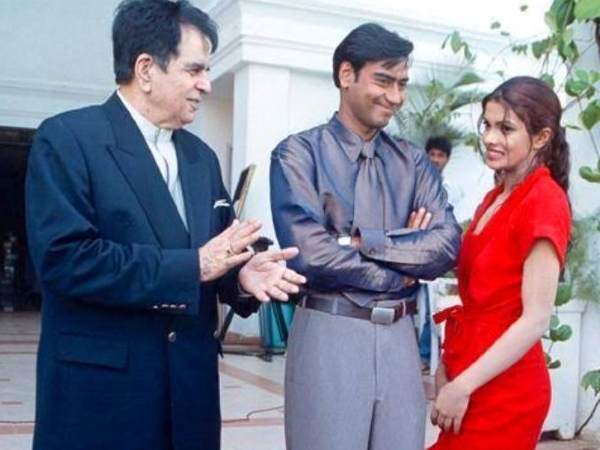 In 2001, Dilip Kumar started working on a film with Ajay Devgn and Priyanka Chopra, titled Asar – The Impact. The film was directed by Kuku Kohli, with Nadeem-Shravan signed for the music. The shooting had started, the songs were also recorded. But in the middle, Priyanka was thrown out of the film. Later the film got canned.

Dilip Kumar and Suraiya were paired in this K Asif film. In one scene of the film, Dilip Sahab had to suck snake venom from Suraiya’s leg, apart from this, there was also talk of having a kissing scene between the two stars, which Suraiya was unhappy with. He left the film midway. After which the film got canned. And after that Dilip Kumar and Suraiya never worked together again.

Dilip Kumar and Nutan’s film ‘Shikva’ was a romantic drama. In the film, Tragedy King played the role of army officer Ram and Nutan was supposed to play the role of Indu. Directed by Ramesh Sehgal, the film was never released due to financial crisis. The clip of the film was released on YouTube in the year 2013.

Dilip Kumar was playing the role of a naval officer in the 1995 film Aag Ka Dariya. Directed by SV Rajendra Singh Babu, the film featured Dilip Kumar along with Rekha, Rajiv Kapoor and Padmini Kolhapure in the lead roles. The film was completed but never released. During an interview, Dilip Kumar had told that the film could not release due to many legal and financial reasons.

Dilip Kumar was about to debut as a director in the year 1995. The name of the film was – Kalinga. In the film, he played the role of Judge Kalinga.. a father who is abused by his son’s children when he retires and how he takes revenge on them.

Raj Kiran, Amjad Khan, Sunny Deol and Meenakshi Sheshadri were in important roles in the film. It is said that when Dilip Kumar showed some scenes from the film to filmmaker Vijay Anand, he found the film very bad. And perhaps this was the reason why the film was closed in half.

If reports are to be believed, Dilip Kumar, Amitabh Bachchan and Shahrukh Khan were going to be seen together in Subhash Ghai’s war film ‘Mother Lad’. But Shahrukh decided to leave the film, due to which the film could not move forward.