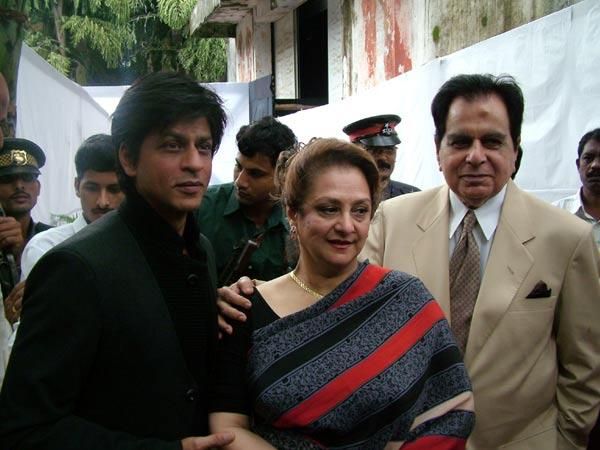 Dilip Kumar could never become a father, used to believe in Shahrukh Khan as his son, King Khan – looks like sir

Dilip Kumar mentioned about the death of his son

Dilip Kumar has told in his auto biography The Substance and the Shadow that Saira Banu became pregnant for the first time in 1972. At the age of 8 months, Saira Banu complained of blood pressure, after which her child died. It was later revealed that he was the son.

In an interview, Saira Banu had told that Dilip Kumar had gone for the muhurat of the film Dil Aashna Hai. Shahrukh was signed for this film. Saira Banu feels that Shah Rukh and Dilip Kumar are similar in many ways.

If we had a son, he would look like Shahrukh

Saira Banu had said that I have always said that if we had a son, he would have looked like Shahrukh.

Saira Banu had said that Dilip Kumar and Shahrukh have similar hair. Whenever I meet Shahrukh, I point my finger on his head. When Shahrukh also comes home, he asks me to keep his hand on his head.

In 2013, Shahrukh Khan said in an interview that his father knew Dilip Kumar. Both lived in a street in Delhi. As a child, I met Dilip Sahab many times. My aunt used to send his medicines from London.

Shahrukh looked at Dilip Sahab and said that it is me.

When Shahrukh Khan once saw Dilip Kumar’s photo in Ketan Mehta’s office, he said that hey it is me. Shahrukh had said that Dilip sahib considered him as a son and he also respected him like a father.

I became an actor after seeing Dilip sahib

For Dilip Kumar, Shahrukh Khan had said that my mother used to say that my face resembles Dilip Kumar Sahab. They are great. I became an actor after seeing my mother’s faith and Dilip Sahab’s acting. I accept this.