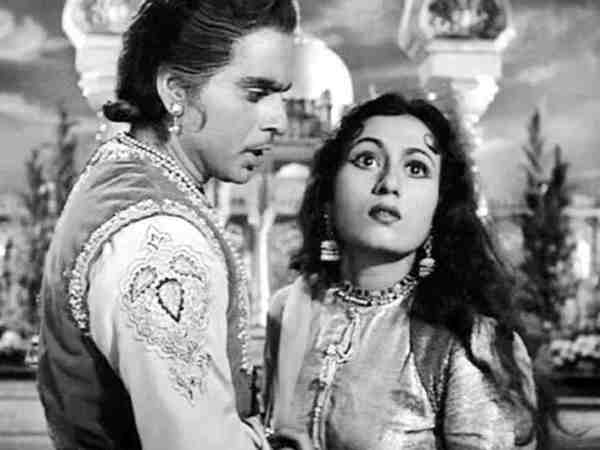 Madhubala started the love story of Dilip Kumar and Madhubala. Madhubala had a habit of expressing her love openly. That’s why she used to send a pink rose to whomever she liked. When he sent this rose to Dilip sahib, a shy Dilip Kumar liked Madhubala’s outspoken style.

Dilip Kumar openly talked about Madhubala in his autobiography and told that Madhubala had everything that he wanted in his partner. With him I was never a shy person and lived openly. Madhubala’s energy was so much that anyone would want to spend life with her. She could breathe life into anyone.

Madhubala and Dilip Kumar came close to each other on the sets of the film Tarana and their relationship lasted for 9 years. Meanwhile, Dilip Kumar also sent Madhubala’s relation to his house. Madhubala’s sister told in an interview to Filmfare that Dilip Sahab’s temper had brought a chunni. Both were engaged.

Father disapproved of this relationship

But Madhubala’s father did not approve of this relationship at all. Dilip Kumar once argued with his father which Madhubala did not like and she wanted Dilip Kumar to apologize to her father. However, according to some reports, the relationship between the two had soured due to a court case.

It is about the time when Dilip Kumar and Madhubala were shooting for the film Naya Daur. During that time some scenes were to be shot in Gwalior, but during the shooting of another film in Gwalior at that time some goons attacked a woman and tore her clothes. So Madhubala’s father did not want Madhubala to go to shoot at such a risky place.

the matter reached the court

Madhubala clearly told the producer of the film BR Chopra that she should change the location or else she will leave the film. BR Chopra was also annoyed by this. Madhubala left the film and BR Chopra dragged her to court for breaching the contract. Dilip Kumar was present as the only witness in the court.

I will love Madhubala till my death

Dilip Kumar said in his testimony in the court that he loves Madhubala very much and will continue to do so till his death, but he supported BR Chopra and said that it is wrong to break Madhubala’s contract and change the shooting location of the film. The rest of the actors associated with the film will suffer a lot.

Had problems with father, did not apologize

Dilip Kumar did not approve of this at all. They thought that Madhubala was nothing more than a business deal for her father, who keeps his daughter a slave and rules over her. So it was better to end this relationship because until Madhubala did not leave her father’s side, both of them could not be happy.

After this, by the end of the shooting of Mughal Azam, the conversation between the two had completely stopped. In one scene, Dilip Kumar’s character Salim had to slap Madhubala’s character Anarkali. According to the people present on the set, the slap was so strong that tears welled up in Madhubala’s eyes. The news of Dilip Kumar’s marriage to Saira Banu broke Madhubala in 1966 and she married Kishore Kumar to join her heart. However, even in that marriage, she could never be happy.