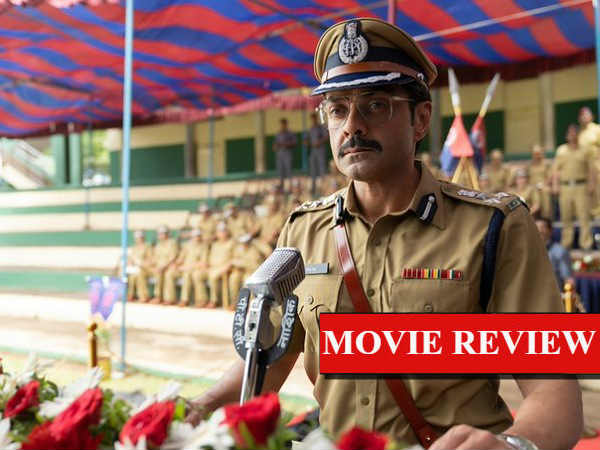 Class of ’83 film review: In this crime-drama starring Bobby Deol, there is a dearth of drama

In 1982, a top police officer was sent as a dean to the Police Training Academy in Nashik as a punishment. Where he trains five cadets to fight the corrupt system and complete their unfinished business. But does his well thought out plan reach the end he envisioned?

Mumbai’s capable police officer Vijay Singh (Bobby Deol) is implicated in a case and sent to the training academy in Nashik as a punishment. Vijay Singh is a tough-tempered dean whose name the cadets fear but respect. He is an inspiration among boys because of his bravery, but finds himself a loser in his own eyes. Not only at the professional level, but also in personal life. He finds himself trapped in the web of corruption laid by politicians and gangsters. In such a situation, Vijay Singh’s eyes are fixed on five boys of the 1983 batch, who are friends, capable, courageous. He trains them to eliminate the mafia while in police uniform. Tells how to avoid internal politics. After passing the academy, all the boys are admitted to the Mumbai Police. And after a few years, the process of completing the unfinished work of Vijay Singh begins. But in the meantime, besides screwing the five police officers to the underworld; Mutual competition – ego – has to be fought with those in power.

It is not easy to turn a novel into a film. Director Atul Sabharwal has also shown an original blueprint in his film. But the screenplay written by Abhijit Deshpande is the weakest aspect of the film. Not a single scene in almost two hours takes the story to the level of thrill. A straight, flat, simple story can also be interesting, but that’s not the case here. The story progresses in a single pace from beginning to end. There is always an excitement among the audience regarding the crime drama.. Because watching the police fighting the negativity of the mafia gives a hope to the audience. Well, one good thing that can be noted is that there are no forced songs or action sequences in the film.

READ ALSO -   'Raat Akeli Hai' movie review: This murder-mystery woven with the best of cast will keep you hooked till the end
-->

There was also a hope in my mind to see Bobby Deol in the role of a police officer, but the director has not left any room for expansion for the actor. Bobby Deol has done a good job in the character of Dean. He has been successful in bringing seriousness and stability to his personality. It seems that he has easily adapted to this character. At the same time, Bhupendra Jadawat, Sameer Paranjpe, Hitesh Bhojraj, Prithvik Pratap, Ninad Mahajani have done justice to their respective characters. Anup Soni, Joy Sengupta are also good in co-stars.

Location has got a lot of attention in ‘Class of 83’. The film has been successful in showing the 80s and that is also its strongest side. In some scenes the dialogues attract you. At the same time, the background score given by Viju Shah disappoints. The 80s film, which is mostly shot in dark tones, has a somewhat strange modern music.

Mumbai’s underworld and the police doing the encounter… is being served in front of the audience for decades. So, there is nothing new here. The weakest side of ‘Class Of ’83’ is its script, which never becomes interesting. There is a lot of lack of drama in this crime-drama film. If you want to spare two hours from your routine for the performance of Bobby Deol and co-stars, you can.