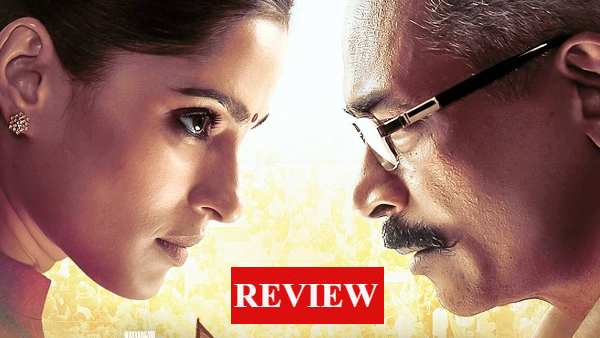 ‘City of Dreams Season 2’ web series review: The actors are strong in this long battle for power, but lack of novelty

Where the story of the first season of the web series City of Dreams, based on the background of Maharashtra politics, ends, the story of season 2 begins a few months after that. After the death of Ashish Gaikwad (Siddharth Chandekar), now the daughter of the family, Poornima Gaikwad (Priya Bapat) is ready to take over the chief minister’s chair. His father Ameya Rao Gaikwad aka Saheb (Atul Kulkarni) is paralyzed but silently preparing for his return. City of Dreams Season 2 is all about politics, power and personal loss. Here the rift between the family has now come to the fore.

In the battle for the chief minister’s chair, Purnima joins Saheb’s former aide and former chief minister Jagdish Gurav (Sachin Pilgaonkar) and encounter specialist police-turned-politician Wasim Khan (Ajaz Khan). In the first season, where the bet between brother and sister was screwed. In this season, father and daughter are standing face to face on the political board. The party is in support of the daughter, but Saheb’s arrogance comes in the way. He believes that only a son can carry forward the legacy. Therefore, to avenge his son’s chance and to cement his return in politics, he conspires against his daughter. At the same time, this journey is not easy for Purnima personally as well. Things related to his past start coming out during the election campaign. Who can go to what extent to get hold of the chair can be seen here.

Many sub-plots go hand in hand in this series. Different characters have their own stories behind them, some have been associated with the first season, while some new incidents will surprise. All the plots are interesting in themselves and the strong performances of the cast make it more exciting. Priya Bapat and Atul Kulkarni have looked splendid in their characters. Especially the character of Poornima i.e. Priya has been shown in many layers and the actress has maintained her grip from beginning to end. At the same time, Ejaz has been strong as Wasim, he has shown the inner struggle of the character very well. Sachin Pilgaonkar and Sushant Singh have done justice to their characters.

Directed by Nagesh Kukunoor, the political drama doesn’t show much novelty, but its characters keep the interest going. The dialogues and background score of the series is average.

Talking about the weak sides of City of Dreams Season 2, it is its slow pace. The series picks up a bit after the fifth-sixth episode. But the main story seems to be lagging behind in trying to bring together too many plot lines in the script. An attempt has been made to insert many twists in the series, which is necessary for a thriller, but here almost every twist is predicted in advance. In such a situation, interest in the story starts to dwindle. However, till the climax, the show becomes exciting again. With the end of the season, director Nagesh Kukunoor gives a hint of the next season. If you love watching political dramas, then ‘City of Dreams Season 2’ is a must watch.

The second season of political drama web series ‘City Of Dreams’ is now available on Disney Plus Hotstar for streaming. This season is bigger in scale but fails to leave impact.