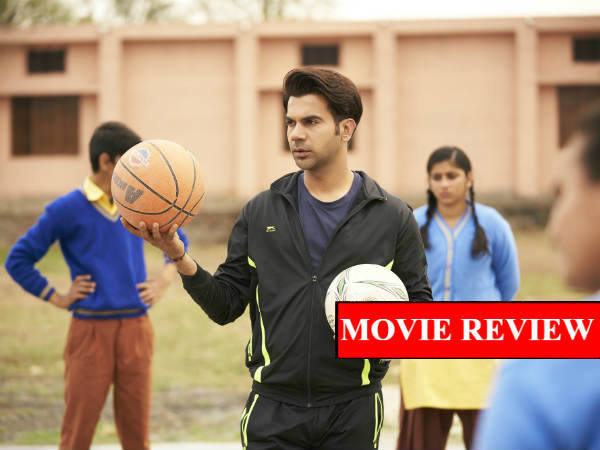 Montu aka Mahendra Singh Hooda (Rajkummar Rao) tells his mother with tearful eyes- “I am worried about the future of the children, that’s why I do not waste their time in sports..” In a semi-government school, Montu is a PT master, but Far away from your responsibility. Sometimes on the occasion of Valentine’s Day, he also goes out to kill lovers in the park of the area, sometimes he dreams of entering politics by giving speeches like politicians. Well, there is a slight change in his thinking when Neelima aka Neelu (Nushrat Bharucha) comes to teach computer in the same school. Their story progresses a bit when Singh Saab (Mohammed Zeeshan Ayyub) comes to the school as a senior coach. Singh sir’s arrival not only makes Montu feel responsible for his job, but also changes his thinking about sports. But now Montu has to prove his mettle to retain his place in the school and Neelu’s heart, for which he takes a big step. The story of the film revolves around these characters.

Hansal Mehta has come up with a light hearted comedy for the first time. He has put forth the message being given through the film in a straight forward manner. Along with telling the importance of sports for school students, gender discrimination has also been talked about.

However, the story written by Luv Ranjan, Aseem Arora and Zeeshan Qadri doesn’t show any novelty. The climax can be predicted from the very beginning. In such a situation, Hansal Mehta’s strict direction could not handle the film.

Rajkumar Rao has done five films in his career under the direction of Hansal Mehta. Therefore, the director has shown his strong sides to the best. Rajkumar has a different style of comedy, which leaves a smile on his face even in this film. He suits the character of PT Master Montu. However, he wanted to see more in sports related scenes, which has been completely ignored. Mohammad Zeeshan Ayyub is dominant in the role of Singh sir standing in front of Montu in the match. Dialogues are less on his part, but his contribution to the story is visible. Nusrat Bharucha, Saurabh Shukla, Ila Arun, Satish Kaushik, Jatin Sharna fit their roles. Perhaps all of them are such accomplished actors that in an average story, the grip of their characters does not seem to be loose.

There are three songs in the film, whose music is given by Hitesh Sonik, Guru Randhawa and Honey Singh. The songs are quite average and drag the story of the film for a few minutes. Except for the title track ‘Le Chalang’, no song gets remembered after the film is over. The lyrics of this song are written by Luv Ranjan and sung by Diler Mehndi.

Editing by Akiv Ali and Chetan Solanki is commendable. There are some scenes in the film, which, although predictable, leave an impact. However, the climax seems to be lacking. Asit Naren’s cinematography is average. Many scenes are seen and shown. At the same time, the dialogues are also weak. Despite having such a good cast, the film looks weak in many aspects.

The strongest aspect of the film is its casting. Apart from Rajkumar Rao, Nusrat and Zeeshan, all the supporting cast have done a commendable job. What makes the film boring, however, is the writing, which is pretty average. There have been many sports-based films in Bollywood in the last decade, so there was a demand for a novelty in a story.

There is no novelty in the story of Chalang, but Hansal Mehta’s direction and Rajkummar Rao- Mohd Zeeshan Ayyub’s performance take the film a notch higher. If you like movies made on sports, then leap can be seen. Two and a half stars to the film from Filmybeat.