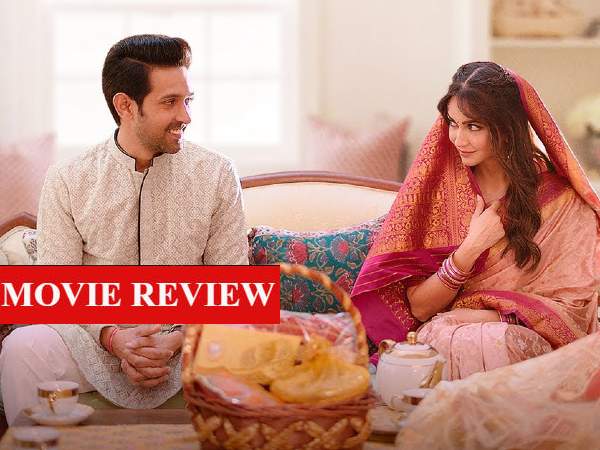 “Why are you bound in the cage of truth, God had also made a masquerade for religion, why did you forget..” On hearing this dialogue during a play, the idea of ​​dealing with the dire situation of marriage comes in Sanju’s mind. . Sanju and Aditi together prepare for a farce. In which he will marry twice with the help of fake parents. First Sanju will go with his fake parents and marry Aditi with pomp and then Aditi will make her fake parents and meet Sanju’s family members and again both of them will get married. To execute this breakup plan, he enlists the help of ‘Delhi’s Meryl Streep’ Zubeena (Gauhar Khan), who happens to be Sanju’s co-star in the theatre. At the same time, the great theater artist Amay (Jameel Khan) agrees to become a fake father. But as easily as this plan was made, will it be able to be fulfilled?

Director Devanshu Singh chose a theme for his romantic-comedy that has been socially relevant over the years. Bollywood has made several films on inter-caste marriages and honor killings, but most have been serious. In this case ‘fourteen rounds’ is different. It touches on these topics in a light-hearted manner. There is no heavy preaching dialogue here, no bloodshed.

Writer Manoj Kalvani meticulously weaves issues with romance and comedy. The beginning of the film is quite entertaining, but the film loses all grip in the 10 minutes of the climax. The director has raised the issue but has failed to present his side effectively on that issue. The climax of the film seems to have ended in a hurry.

Editor Manan Sagar’s editing is one of the most positive aspects of the film. He wrapped the film in just 1 hour 51 minutes, due to which it does not seem to wander at all. The director has shown the journey of Sanju and Aditi from college to job in a song. The film does not seem cumbersome anywhere. The song ‘Ram- Sita’ sung in the voice of Rekha Bhardwaj is heart touching.

At the same time, when it comes to acting, the starcast of the film is quite effective. Vikrant Massey and Kriti Kharbanda look great. Be it romance and comedy or emotional melodrama; Both the actors win hearts with their gestures. At the same time, Gauahar Khan, who became ‘Delhi’s Meryl Streep’, looks tremendous. I wish the director could give her character a little more screen space. The rest of the cast including Jameel Khan, Vineet Kumar, Yamini Das, Priyanshu Singh have also done justice to their roles.

Overall, ‘Choudah Phere’ is a light-hearted romantic comedy, which the director went a bit off track to serve with a message. Although the film can definitely be seen once. 2.5 stars to ‘Chaudah Phere’ starring Vikrant Massey- Kriti Kharbanda from Filmbeat.