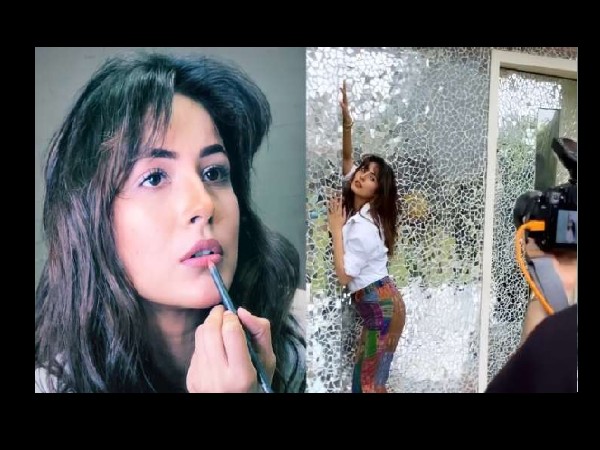 Many contestants of Bigg Boss 13 have lost. But in the midst of all this, there is one name that is continuously shining. We are talking about Shahnaz Gill. Shahnaz Gill made such a place in the hearts of the audience during the Big Boss show that he has created real fans for himself.

This is the reason why his entry from TV is now moving towards Bollywood. There are few such actors who appear on TV who get a chance to appear in the camera of Bollywood’s famous photographer Dabboo Ratnani. Shahnaz Gill has left many stars behind in this matter as well.

Dabboo Ratnani has done a photoshoot of Shahnaz Gill. Dabboo Ratnani himself has shared a glimpse of it on his social media account. Shehnaaz’s fans are now waiting for the pictures of this photoshoot to come out only after this behind the scene video surfaced.

Talking about the look in this video of Shahnaz, she is looking hot and glamorous as always. Shehnaaz’s beauty is made in black heels with a white shirt and multicolor pants. Fans started giving back to back reactions on social media after this video surfaced. He says that Shahnaz has worked her magic once again by becoming a queen.

See the reaction of the fans..

It is worth noting that Shahnaz Gill has been in discussion for the past several days due to his latest photos. She is sharing photos of photoshoots on Instagram with her new look.