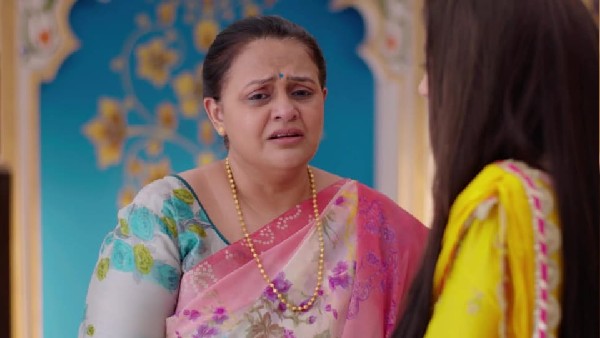 At the age of 42, ‘Saath Nibhana Saathiya’ actress forced to sell Rakhi, bad condition in lockdown!

In a conversation with a website, Vandana Vithlani has removed the curtain on the financial troubles being with her. Vandana has said in a conversation with a website that due to Corona, many people have changed their profession. The reason for this is clear that the expenses are the same but there is a dearth of earnings. I am also facing the same problem for a long time.

Vandana Vithlani further said that it is not that I do not have work. I have two shows this year. Even after this, I am making Rakhi. I am also getting good response from people regarding Rakhi. Recently, 3 days ago, I had given information about my Rakhi on Instagram, I have got work for about 20 Rakhi from there.

Rakhi Vandana Vithlani is selling for money with shooting

Vandana Vithlani told that I am also making rakhis in the middle of the shooting. Please tell that Vandana Vithlani is currently working in the TV show Pandya Store. Soon she will also be seen in a special role in Star Bharat’s new show Tera Mera Saath Rahe. Jiya Manek and Rupal Patel are returning in the role of mother-in-law in this show.

The condition of artists in Corona is bad

Let us tell you that like Vandana Vithlani, many such faces related to TV and film came to the fore in the past, who also demanded help from people in financial trouble. Some run the house by selling vegetables, while many are running their own business by selling wife’s ornaments. Mangal Pandey and Agneepath film’s artist Rajesh Kareer had sought help by posting a video through Facebook.