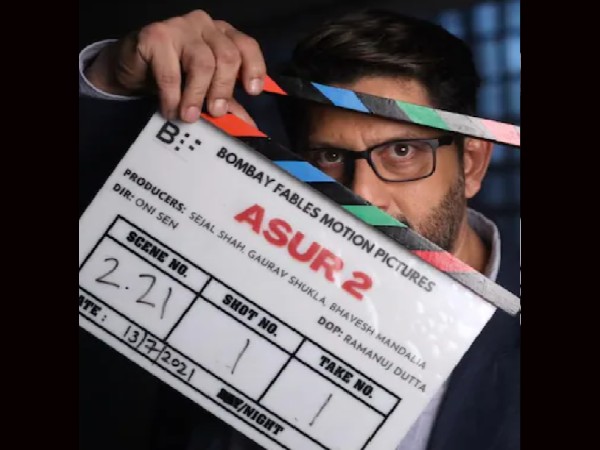 Arshad Warsi will start shooting for Asur 2, the first season did a big bang!

It is the era of web series and in such a situation, the success of any actor who becomes a part of the web series is guaranteed. This is the reason that almost all the big stars are continuously working on it. In such a situation, why would actor Arshad Warsi stay behind? Some time back he appeared in Asur series and it released and made a big bang. Arshad was well-liked in this series.

Shahrukh Khan’s review on Farhan Akhtar’s ‘Toofan’ came, said ‘such a film should be made!’

This is the reason that now the news is coming about Asur 2, its shooting is about to start. Arshad Warsi is very excited about its shooting. Arshad, who had a blast in the first season with Barun Sobti, is back once again.

This series was released on Voot Select. Arshad Warsi, such an amazing artist, is not hidden from anyone. On the work front, apart from this, he is going to be seen in the film Bachchan Pandey with Akshay Kumar.

According to the news, Arshad Warsi is taking around Rs 4 crore for the film. He himself had kept the matter of taking such a high fee and the makers were surprised to hear this.

However, after lakhs of requests, this deal was finalized for about Rs 2.50 crore. This means that Circuit is going to be seen in a special role with Akshay Kumar. Arshad Warsi is one of the few prolific actors in the industry and is known for many memorable roles.