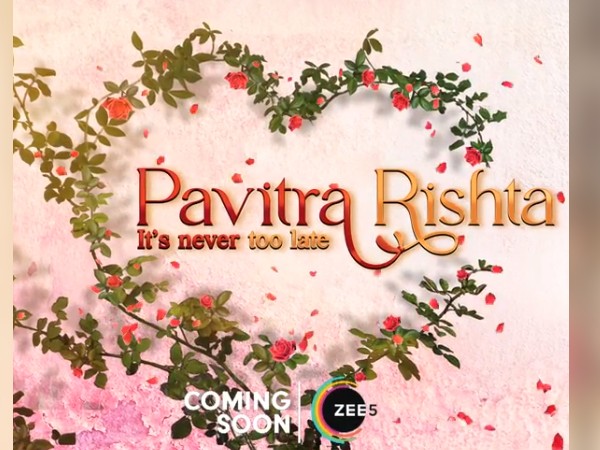 Last week, India’s largest domestic OTT platform ZEE5 confirmed that the most iconic daily soap in the history of Indian TV, Pavitra Rishta will be back in a new sleek avatar titled “Pavitra Rishta… It’s Never Too Late”. Is. Fans of the show were thrilled to learn that Archana and Manav, who turned out to be the quintessential couple, are back in their lives.

While fans were still dying trying to digest the announcement, the makers gave another chance to celebrate by unveiling the logo of “Pavitra Rishta… It’s Never That Late”. In line with the series’ theme, the logo has all the elements of love and will put a smile on fans’ faces and double the wait for the premiere date. While Ankita Lokhande will return as Archana, Shaheer Sheikh will be seen playing the character of Manav.

Actor-producer Bhairavi Raichura’s 24 Frames Production will lead the digital series which will be available for 55 days exclusively on ZEE5, as well as on ALTBalaji. Directed by Nandita Mehra, written by Nikita Dhond, Gautam Hegde and Ritu Bhatia, the production of the digital series has begun.

Ankita Lokhande also shared this logo video. In this video, the logo of Pavitra Rishta and information about the OTT platform have been given. Ankita Lokhande has special memories associated with this serial.