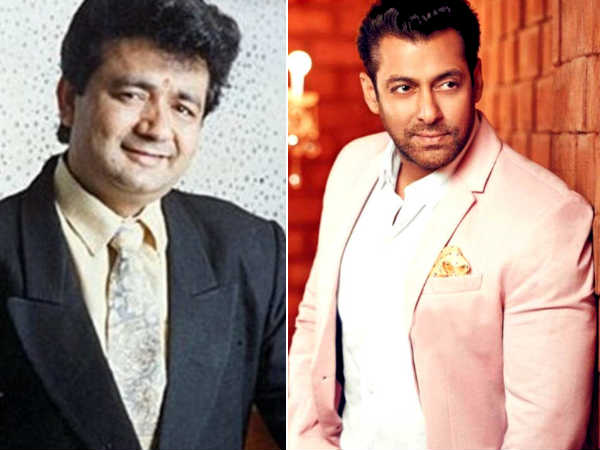 Akshay Kumar OUT and Salman Khan IN in this sizzling biopic

Race 3 has been finalized for the Eid of 2018. The discussion of two more films of Salman Khan is in full swing. One is Bharat which deals with India-Pakistan relations and the other is Dabangg 3 which according to reports Prabhudheva is directing.

Shah Rukh Khan is currently doing Aanand L Rai’s dwarf film, which is yet to be named. Apart from this, there is no discussion of any project of Shahrukh. Although there are reports that he has replaced Aamir Khan in Rakesh Sharma biopic.

After Thugs of Hindostan, Aamir was about to join the Rakesh Sharma biopic. But now there is news that Aamir Khan is planning Mahabharata in 5 parts which will be taken out every 2 years.

Akshay Kumar has no shortage of good films. Akshay Kumar is bringing gold on the 15th August weekend of 2018. After this, his film Crack is expected to start. Apart from this, he is doing a film named Kesari on Saragarhi.

Ajay Devgan is going to be back in full form. On one hand he has Tanaji biopic and on the other hand Rajkumar Gupta film named Raid which is again a biopic. After this, Ajay Devgn will join Sons of Sardar. Apart from this, he is also trying hard for the JS Gill biopic.

Whatever is going on in Hrithik Roshan’s life but his career is full of big films. On one hand, he has started preparing for the Anand Kumar biopic. At the same time, Krrish 4 is reported to release in December 2020. On the other hand, with Yash Raj Films, the January opening of 2019, Hrithik Roshan is going to do with Tiger Shroff.

With the 1983 World Cup, Ranveer Singh will take his place in the A-list stars a lot. After this, he will be seen in the Temper remake with Rohit Shetty, titled Simmba. Both the movies are huge.

On one hand, Varun Dhawan is doing Shoojit Sircar’s October film, which can prove to be a big film for his career, while on the other hand he is a part of Sui Dhaaga on Make in India with Yash Raj Films.

Ranbir Kapoor’s career is about to get back on track with Dutt. After this, Ranbir Kapoor is going to do Ayan Mukerji’s three-part film Dragon for Dharma Productions. On the other hand, if Anurag Basu is to be believed, he and Ranbir will be back with Kishore Kumar biopic.

On one hand he has completed the shooting of Kedarnath with Sara Ali Khan while on the other hand he has started shooting for Drive with Jacqueline Fernandez. Apart from this, everyone has high expectations from his film Chanda Mama Door Ke. Currently, he is shooting for Son Chiriya which is being set against the backdrop of Chambal.