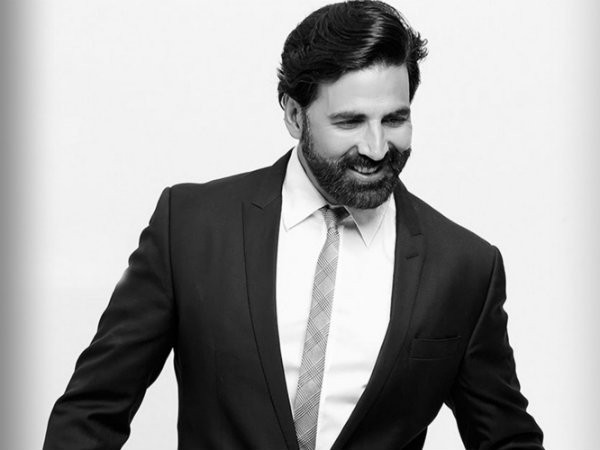 Apart from this, Akshay Kumar can do a film by Subhash Kapoor under the banner of Vashu Bhagnani’s own production house. Earlier it was believed that this film could be Jolly LLB 3 but it has not been confirmed yet. All the details of the film are kept secret for the time being.

After showing Kartik Aaryan the way out of Dostana 2, there are now reports that Karan Johar’s Dharma Productions is approaching Akshay Kumar for the film. Even if for this drastic changes will have to be made in the script of the film. This deal is also acceptable to Akshay.

It is believed that after the success of Good Newwz, Dharma Productions wants to play a successful innings with Akshay Kumar. So after Good Newwz and Sooryavanshi, apart from Dostana 2, Karan Johar has offered Akshay Kumar another film whose details are kept a secret for the time being.

Akshay Kumar has also said yes to a comedy film of Raaj Shaandilyaa and for this he has also left the comedy film of Mudassar Aziz. The details of the film have not come out yet but it will be a complete comedy film. The film will be produced by Ekta Kapoor and Akshay is also charging around Rs 120 crore for this film.

Akshay Kumar can do three films for Ekta Kapoor including a comedy film by Raaj Shaandilyaa and an action thriller which will be made by a debut director. This film could be a remake of Tamil film Naan Sigappu Manithan. Akshay Kumar has previously worked with Ekta Kapoor in Once Upon a Time in Mumbai Dobara.

Firoz Nadiadwala has confirmed that the work on Hera Pheri 3 is underway and the film will go on floors soon. At the same time, the audience is desperate to see the trio of Akshay Kumar – Suniel Shetty and Paresh Rawal back on screen.

Sajid Nadiadwala is going to create his own comedy universe by bringing together Housefull 5, Housefull 2, 3, 4. And for this work, Akshay Kumar has demanded an amount of 120 crores, which was also fulfilled. Although Housefull is one of the most successful series of Bollywood, there is no doubt that the film will also earn blockbuster.

movies getting ready for release

Apart from the offer of these 10 films, Akshay Kumar has 7 more films which are either ready for release or soon Akshay will complete their shooting and move them towards release.

The first thing the fans are waiting for at this time is Rohit Shetty’s Sooryavanshi. It is believed that Rohit Shetty can take a decision on the release of the film soon. Whether theaters open fully or not.

Akshay Kumar makes a guest appearance in Aanand L Rai’s Atrangi Re. But still Akshay has taken a fee of 27 crores for the film for 2 weeks of shooting.

Akshay Kumar has announced Ram Setu on Dussehra. The entire shooting of this film will be done in Ayodhya. Akshay’s fee for the film has not reduced, but it is believed that after shooting the film in Uttar Pradesh, the budget of the film will be very less. That means the film will earn huge profits.

While the old films have not been completed on one hand, Akshay Kumar announced a new film in the lockdown. The name of the movie is Raksha Bandhan. Akshay Kumar’s fee for this film is also around 120 crores. Bhumi Pednekar will be seen opposite Akshay Kumar in the film.

Yash Raj Films’ ambitious project Prithviraj with Manushi Chillar was scheduled to release on Diwali 2020. Pinjar fame Chandraprakash Dwivedi is directing the film and it is believed that this is the biggest film of Akshay’s career. Now the release of the film is being told as Diwali 2021.

Bell Bottom is a film based on the hijack era of the 80s, which is inspired by true events. While Akshay Kumar will play the role of an Indian spy in the film, Lara Dutta will be seen in the role of Indira Gandhi. Jackky Bhagnani is producing this film and Akshay’s fee for the film is 120 crores.

Bachchan Pandey is producing by Sajid Nadiadwala. Kriti Sanon and Jacqueline Fernandez will be seen alongside Akshay Kumar in the film. The film is believed to be a remake of the famous Tamil action thriller Jigarthanda.

READ ALSO -   After receiving the award from Pakistan, Dilip Kumar was called a traitor, wrote a letter to Vajpayee