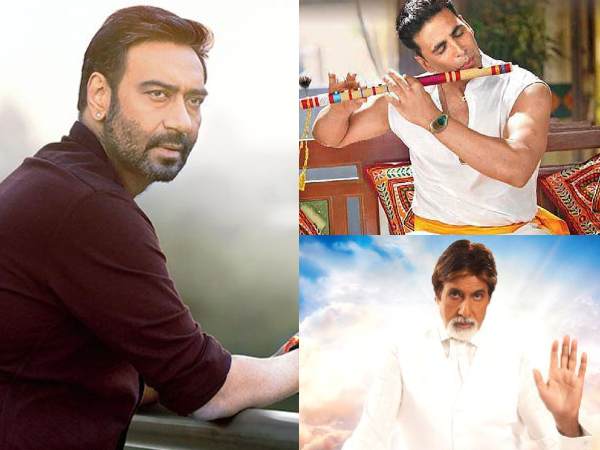 Akshay Kumar, from Big B to Sanjay Dutt have become God on screen, now Ajay Devgan is preparing!

In the film Oh My God, Akshay Kumar was seen in the role of Lord Krishna, who helps Paresh Rawal win the case. He says I am Krishna Vasudev Yadav from Gokul. However, Akshay was seen in a very modern look. The film’s content and Akshay’s acting were well-liked.

Dressed in a white suit, Amitabh Bachchan also looked very different from the traditional avatar of Indian gods. The actor played the role of God in the film ‘God Tussi Great Ho’ which was a remake of the Hollywood film Bruce Almighty.

Not only the Ramayana serial, Dara Singh also played the role of Hanuman in the film Bajrangbali. Such was the effect of his role that people actually started worshiping his paintings of him as Hanuman.

Yes, you may not remember, but Katrina Kaif also became a god in the film ‘Hello’. Salman Khan, Sharman Joshi, Sohail Khan, Gul Panag in this film based on Chetan Bhagat’s novel ‘One Night @ The Call Center’ , Isha Koppikar, Amrita Arora and Sharat Saxena.

READ ALSO -   85th anniversary of Nutan: Adult film at such a young age, could not see myself, read interesting stories