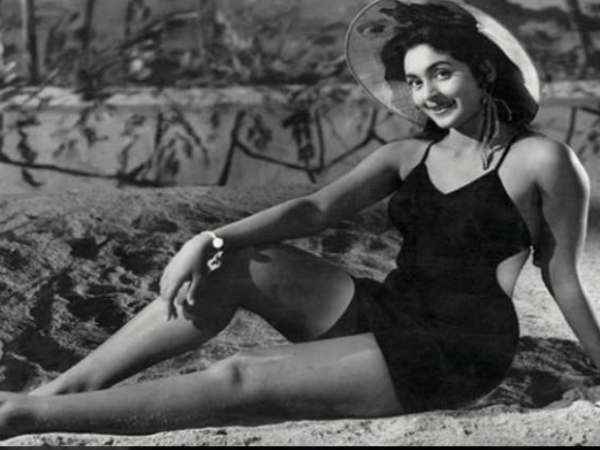 85th anniversary of Nutan: Adult film at such a young age, could not see myself, read interesting stories

Nutan was the first Miss India to enter Bollywood. Before her, no Miss India had chosen the path of films. Nutan won the Miss India crown at the age of 16.

Adult film at a young age

When Nutan was struggling in Bollywood, she did a film called Nagina. At that time Nutan was only 14 years old. The certificate board gave the film an adult certificate. Because of this Nutan could not watch her own film.

When Nutan reached the theater to see Nagina, the watchman did not let her inside the theater seeing her young age. However, Nutan kept on explaining that she is the heroine of this film but did not agree to watchman.

The story is about the time when Nutan had become a superstar and actor Sanjeev Kumar was trying to establish his feet in films. During that time, a magazine printed the matter of both of them and Nutan was so angry after hearing this that she slapped Sanjeev Kumar while fuming.

The initial phase in Nutan’s career was such that her films were not doing well. He completed his studies from a boarding school in Panchgani. Seeing the movies not playing, his mother sent him to Switzerland to study. Later Nutan told in an interview that it was the most wonderful year of her life.

Although many Bollywood actors were on Nutan, in which the names of Shammi Kapoor and Rajendra Kumar are at the top. But Nutan’s heart fell on a Navy officer and she married a Navy officer Rajneesh Bahl in 1959.

great movies one by one

Nutan kept getting offers of strong films even after marriage. He did most of the films in which the female character was central. Actresses like Shabana Azmi and Smita Patil started their career by taking inspiration from Nutan.

She became pregnant when Nunat was at the height of her career. After this he made up his mind to leave films. She wanted to give her full attention to her future child. But during this time he was offered the best film of his career.

At that time Bimal Roy offered a bandin to Nutan. Since Nutan had made up her mind to leave the films, she turned down the offer. However, she did not want to miss the opportunity to work with Bimal da. Later her husband Rajneesh Behl explained to her how important this film was to her career. Till date Bandini is the best work of his career.

Nutan died of breast cancer. In 1990, he was caught by this disease. He was treated for a long time at Breach Candy Hospital in Mumbai. In 1991, after his health deteriorated, he was admitted. During this time she was doing two films. But even before the completion of these films, Nutan lost her battle with cancer on February 21.