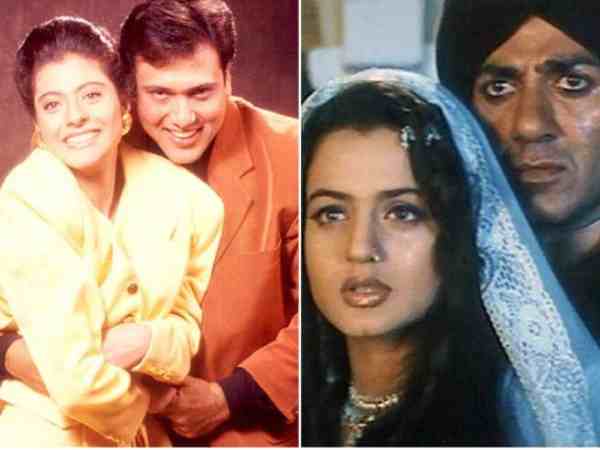 20 years of Gadar: Govinda and Kajol were the starcast, this was the real climax, the film would have been a superflop

Gadar was based on a true story. The film was based on a man named Buta Singh who served in the British Army in Burma during the Second World War. At the same time, the storm of partition started intensifying in India and riots broke out in the country.

When riots broke out in the country, Buta Singh collided with a Muslim girl and he saved her life in the riots and then married her. Later the girl was identified and sent to the newly created country of Pakistan.

Buta Singh was very upset with his wife’s words and he committed suicide by jumping in front of a train in Pakistan itself. However, if the ending had been kept like this in the film, then perhaps Gadar would not have been such a historical film today.

Bollywood’s biggest fight happened with Gadar. 16 years ago there was a big fight in Bollywood. On one side was the hand of two and a half kilos of Sunny Deol and on the other hand was the 100% perfection of Aamir Khan. But Gadar broke all records at the box office.

Bahubali’s record has been broken

used to take a break of 2 months

The shooting of the film lasted for almost 3 years and the reason for this was Sunny Deol’s beard. Sunny Deol used to take a break of two months after every schedule of the film. In which he used to cut his beard, shoot other films and then grow his beard back.

Comedian Kapil Sharma told in an episode of his show Comedy Nights with Kapil that he was also present on the platform in the train seating scene during the split of Gadar. Kapil’s father was doing duty there at that time and hence Kapil got a chance to be a part of the shooting.

such was the opening